Mora County, NM, Ordinance Includes Ban on Fracking
Ordinance calls for a State Constitutional Amendment to
Elevate the Rights of Communities Above Corporate “Rights”
April 29, 2013
Media Release
Contact:
Thomas Linzey, Esq.
(978) 282-0110
tal@pa.net
Mora County, NM:  Earlier today, the County Commission of Mora County, located in Northeastern New Mexico, became the first county in the United States to pass an ordinance banning all oil and gas extraction.
Drafted with assistance from the Community Environmental Legal Defense Fund (CELDF), the Mora County Community Water Rights and Local Self-Government Ordinance establishes a local Bill of Rights – including a right to clean air and water, a right to a healthy environment, and the rights of nature – while prohibiting activities which would interfere with those rights, including oil drilling and hydraulic fracturing or “fracking,” for shale gas.
Communities across the country are facing drilling and fracking.  Fracking brings significant environmental impacts including the production of millions of gallons of toxic wastewater, which can affect drinking water and waterways.  Studies have also found that fracking is a major global warming contributor, and have linked the underground disposal of frack wastewater to earthquakes.
CELDF Executive Director Thomas Linzey, Esq., explained, “Existing state and federal oil and gas laws force fracking and other extraction activities into communities, overriding concerns of residents.  Today’s vote in Mora County is a clear rejection of this structure of law which elevates corporate rights over community rights, which protects industry over people and the natural environment.”
He stated further that, “This vote is a clear expression of the rights guaranteed in the New Mexico Constitution which declares that all governing authority is derived from the people.  With this vote, Mora is joining a growing people’s movement for community and nature’s rights.”
CELDF Community Organizer and Mora County resident, Kathleen Dudley, added, “The vote of Mora Commission Chair John Olivas and Vice-Chair Alfonso Griego to ban drilling and fracking is not only commendable, it is a statement of leadership that sets the bar for communities across the State of New Mexico.”  She explained that the ordinance calls for an amendment to the New Mexico Constitution that “elevates community rights above corporate property rights.”
Mora County joins Las Vegas, NM, which in 2012 passed an ordinance, with assistance from CELDF, which prohibits fracking and establishes rights for the community and the natural environment.  CELDF assisted the City of Pittsburgh, PA, to draft the first local Bill of Rights which prohibits fracking in 2010.  Communities in Pennsylvania, Ohio, Maryland, New York, and New Mexico have enacted similar ordinances.
Mora County joins over 150 communities across the country which have asserted their right to local self-governance through the adoption of local laws that seek to control corporate activities within their municipality.
###
Posted by FRACTIVIST at 13:37 No comments: 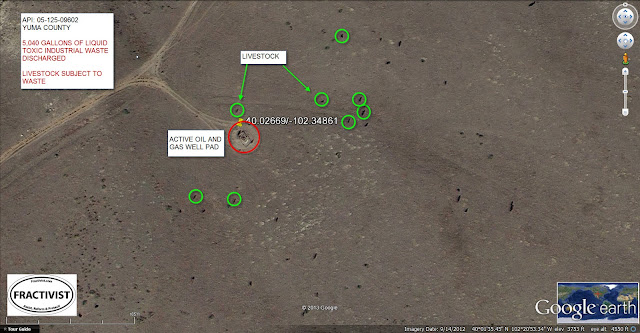 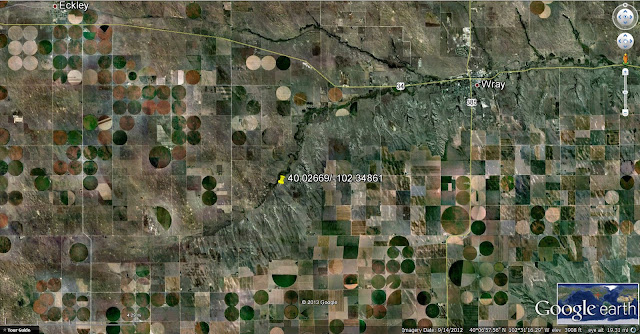 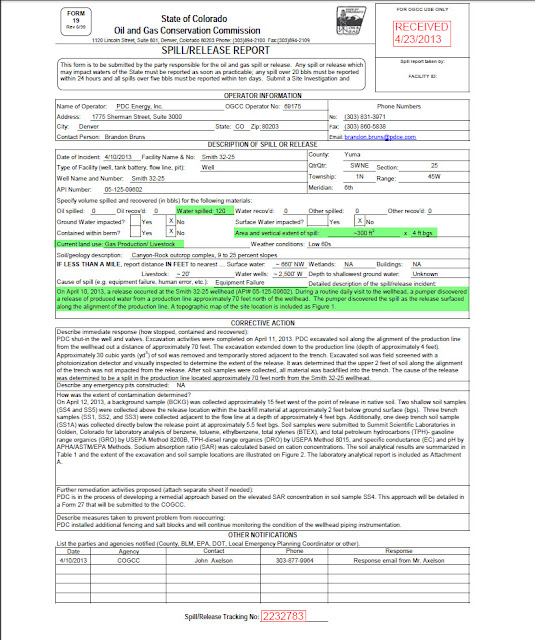 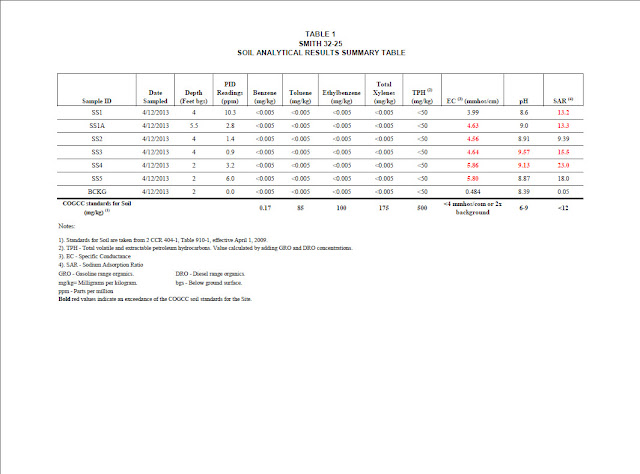 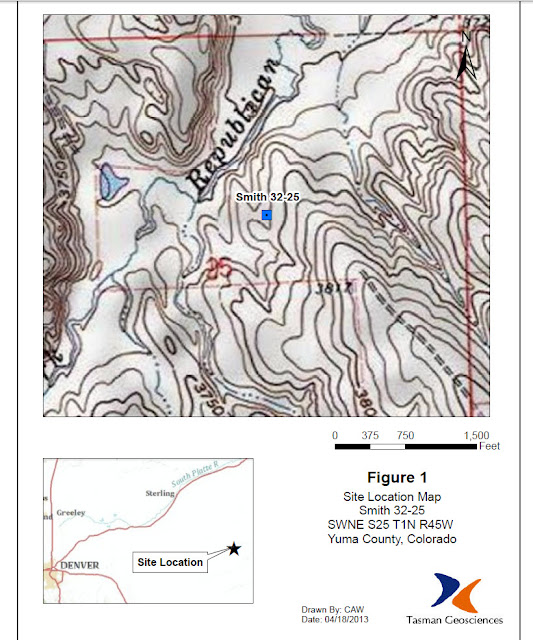 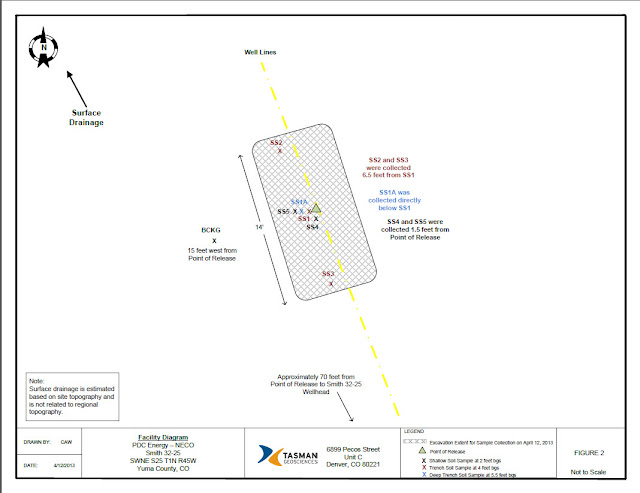 Prospect Energy Releases 4,620 gallons of toxic waste from two spills - Fort Collins will face more contamination if ban does not stay in place 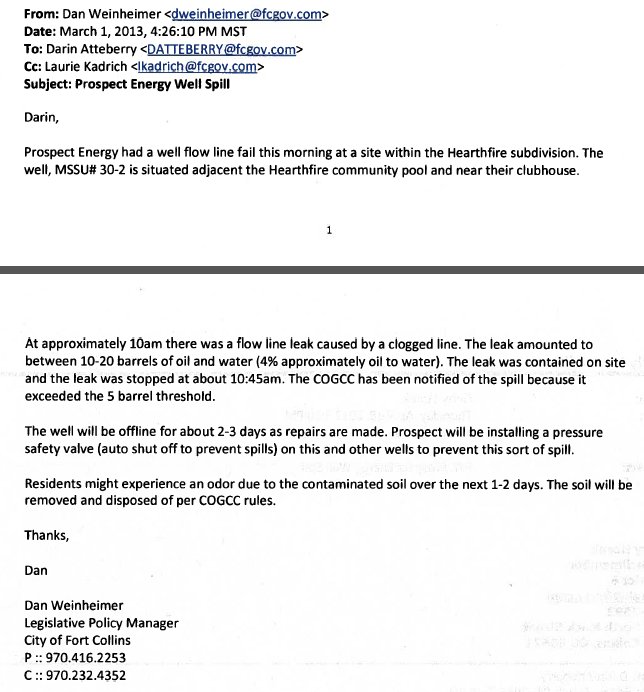 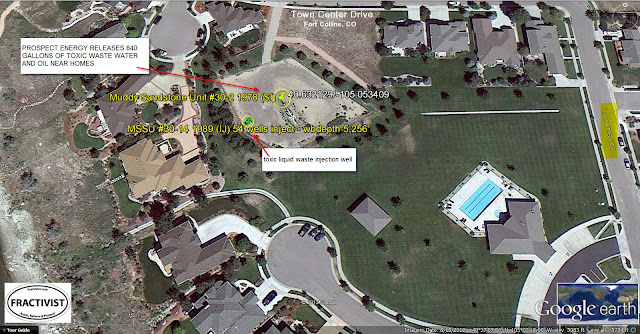 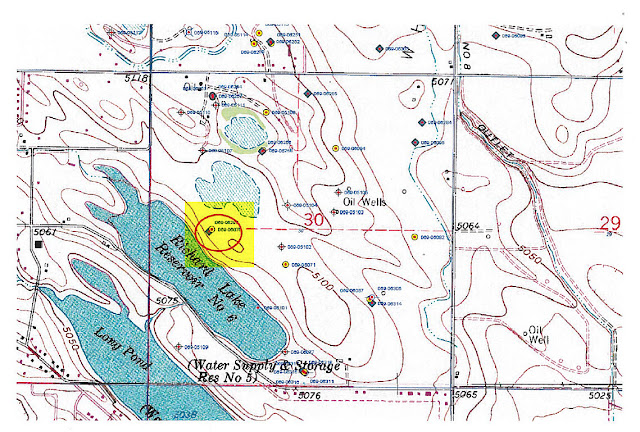 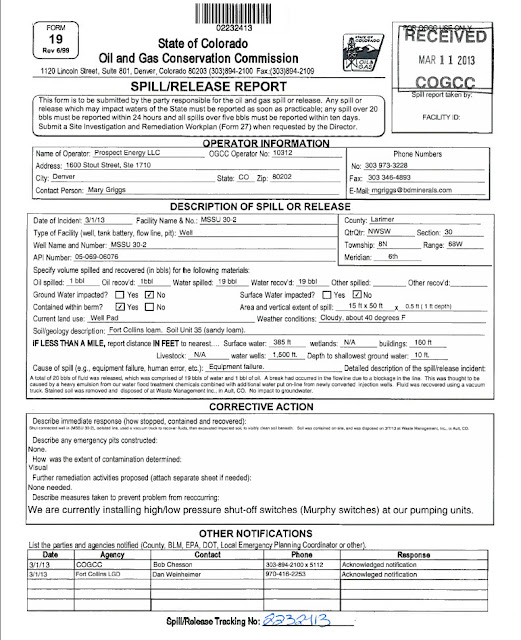 Posted by FRACTIVIST at 18:56 No comments:

I am speaking on behalf of fractivist.com an anti-fracking organization located, but not limited to Colorado.We, the people of Fort Collins, are stunned by what appears to be, a visual case of 'behind closed doors agreements' with the oil and gas industry. If this is true, then it's a sad situation of an elected official being persuaded by industry wealth over the health and welfare of the citizens you are sworn to protect.A ban is a ban. If you haven't the spine to represent the people and use their tax dollars to fight against the oppressive regulatory body ( Attorney General), from the real adverse impacts of the oil and gas industry, then you should step down immediately.The health and welfare of the citizens of Fort Collins, Colorado should never take a back seat to any industry's wealth.As it appears to the public, you may have  flip-flopped and are now working for the special interests of the oil & gas industry. Do you not find it in yourself to recognize good, peer reviewed science to arrive at objective findings that clearly show the toxicity this industry has on the environment and human health? Do you not recognize your decisions may have a direct role in the detrimental outcome of the environment and those inhabiting it?Your stance has now gone global. Our distribution centers have launched an entire campaign that consist of millions of readers in all 50 states and in dozens of countries.  We want you to answer to the people as to why you choose to not stand for a ban. We want you to recognize you have politically and publicly marginalized yourself. We, the people, will not stop asking you good faith questions as to why you appear to have chosen special interest over the interests of the citizens of Fort Collins.Our campaign began last night and it may very well  include an official recall of your elected capacity.In good faith by, and for the people. 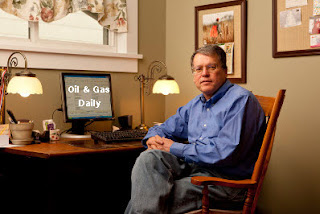 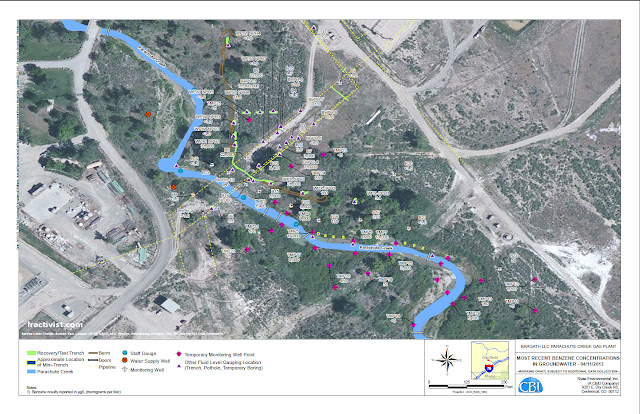 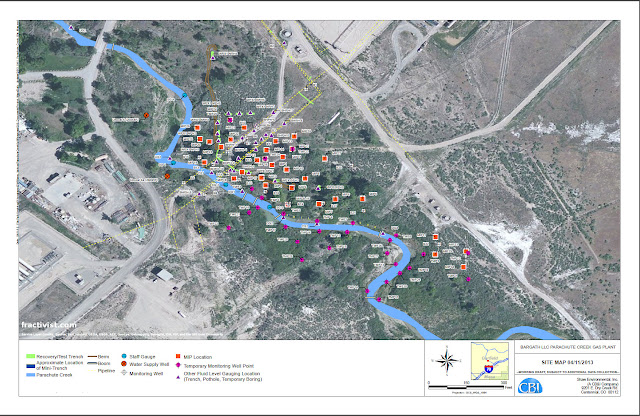 Posted by FRACTIVIST at 08:16 No comments: